Probably the largest titanium casting ever made in a ceramic shell 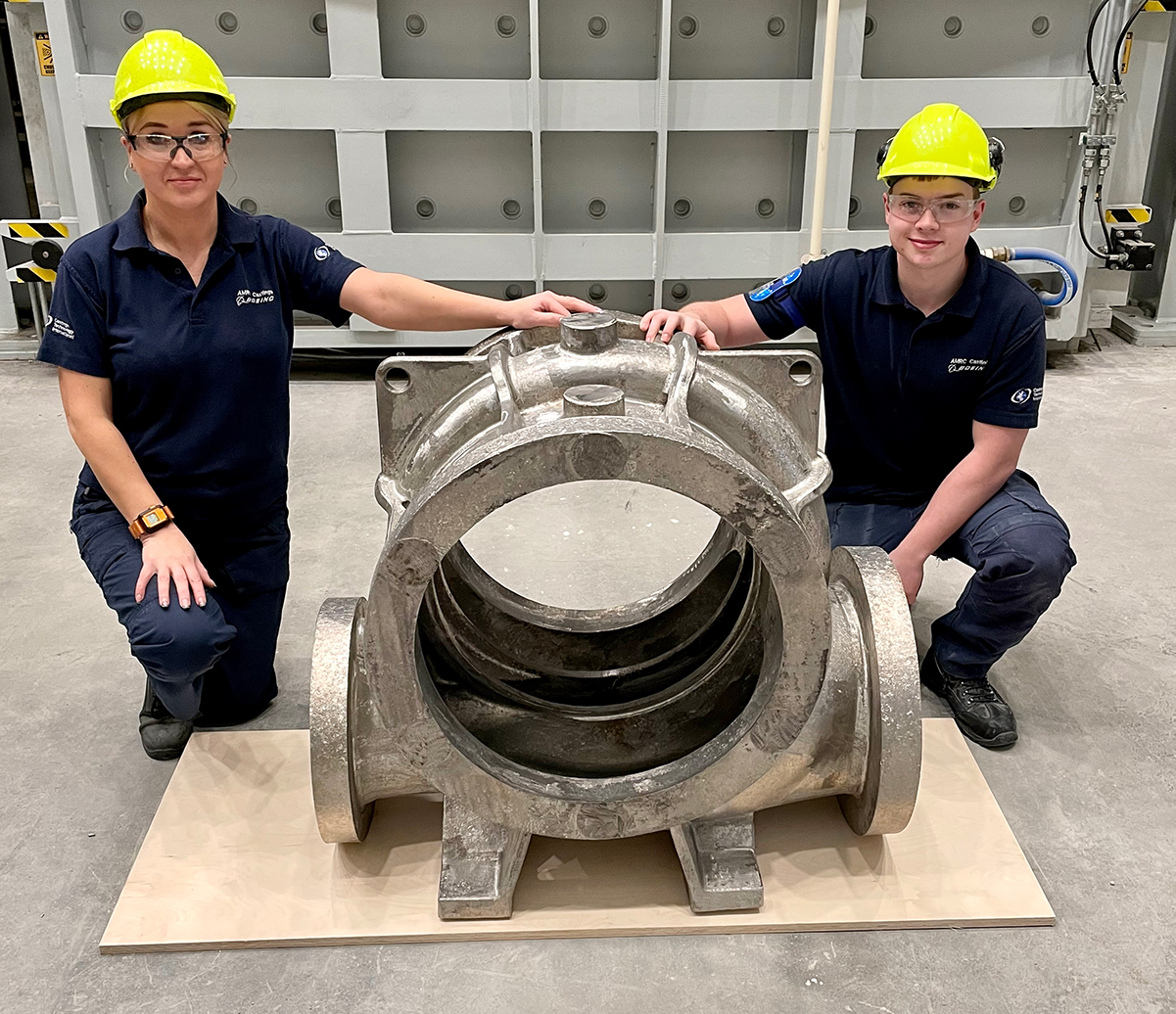 Castings Technology (Cti) has recently produced the largest single component ever cast by the company in commercially pure titanium and it is most probably the largest ever titanium part poured into a ceramic mould. Tipping the scales in the shipped condition at 320kg (705lbs), with an envelope of 1000mm square by 600mm high, the casting showcases several novel casting techniques developed in-house at Cti, the heart of cast metal innovation.

This casting forms part of an order from a OEM Japanese customer and will be used as a high-pressure pump in a demanding corrosive industrial application. Titanium casting production is complex and requires expertise not only in metallurgy, but foundry methodology.

Involved in the production of this titanium casting were George Appleby who joined CTi as an apprentice in 2018 and his apprenticeship development has led to him running the shelling room. Vilma Klimaviciene whose first role in engineering also started with CTi in 2018 works in the Finishing department.

Made in Sheffield and being exported to Japan this week where the machining and assembly will take place.